The common cropping system in South Dakota consists of a sequence of annual crops. The type of annual crops and the sequence varies across the state and is typically dependent on factors such as annual precipitation, access to markets, and soil type. Perennial crops typically consist of perennial grass and alfalfa or mixes of these two crop types. However most producers that include these perennials in their crop systems, either have access to a hay market or use these crops to feed and graze their own livestock. Perennial crops are not traditionally considered to be part of a “crop rotation.”

Crop rotation is a beneficial practice that can help reduce the cycle of pests, and spread risk and workload on farms. Annual crop rotations that include a higher level of diversity are often thought to be more beneficial because they more closely mimic the natural diversity of the native prairie. However annual cropping systems, no matter how diverse, do not develop the deep rooting systems of a native prairie. Nor do they grow all year round, using moisture for a longer period and providing cover for the soil throughout the year. These are benefits that, along with a much higher level of diversity, are found in a native prairie. There is an increasing concern that annual cropping systems are not able to mimic the attributes of the native prairie at a level necessary to keep soils and farm ground productive over the long term.

The deep rooting system of perennial plants native to the prairie have the ability to draw on nutrients and water from deep in the soil profile. The benefit of this, to name just a couple, is that nutrients, in the form of cations (calcium, potassium, magnesium, etc.) and anions (nitrate-N, chloride, sulfate-S, etc.), are kept in the surface layers of the soil rather than being flushed below the rooting zone. Soils hold a limited amount of water. During those times of the year when nothing is growing in those areas slated for annual crops, for instance prior to spring seeding, excess water can flush these nutrients below the root zone. The loss of these nutrients in the surface layers of the soil has resulted in lower pH’s and reduced fertility. These nutrients often end up moving into aquifers or into aquatic ecosystems through drainage tiles or they move sideways in the soil with the excess soil water and accumulate in low areas. This concentration of nutrients contributes to saline, non-productive areas in the landscape. Low pH can also impact crop growth. Good fertility has become a bad problem.

The Dakota Lakes Research Farm is working to develop long-term cropping systems that include perennial crops, such as switchgrass, big bluestem and alfalfa. They currently are reaching the end of one cycle (5 years) that has included one field in a rotation producing switchgrass. The experiment has looked at seeding and establishment, as well as uses that can provide profit. The next field in the rotation will utilize switchgrass in a mix with big bluestem and alfalfa. The field that had switchgrass will be cropped in a wheat-corn-broadleaf rotation for 15 years.

In addition to the agronomic benefits (weed control, soil structure, fertility) that might be realized by expanding crop rotations to include perennial crops, these perennials often require less inputs from year to year, provide habitat for wildlife and can sequester nutrients, keeping them out of lakes, rivers and streams. However there will be a substantial need for researchers to define the parameters required to make these systems work. 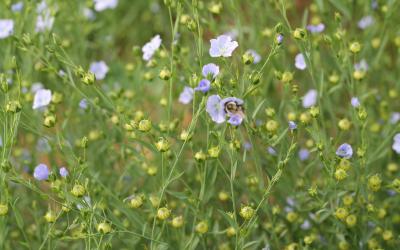 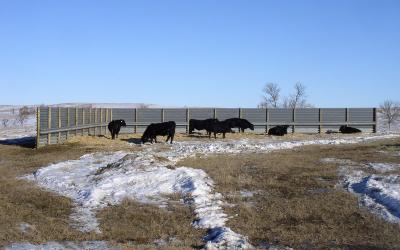 Supplying sufficient Vitamin A and Vitamin E to cows in late gestation is important every year. Vitamins A and E are plentiful in green forages, but tend to be much lower in hay and winter range and continue to decline as the fall and winter progress. 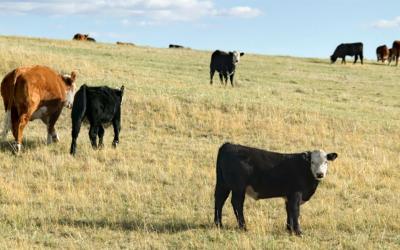 Barriers To Rotational Grazing: Perceptions From Ranchers in the Dakotas