During the Energize! Conference held in De Smet this past May, there was a session on how a group of committed individuals from Mt. Vernon came together to address a need for affordable housing. Mt. Vernon’s housing story went from “group conception” to four complete houses, and three in development phase, within a two year time frame. 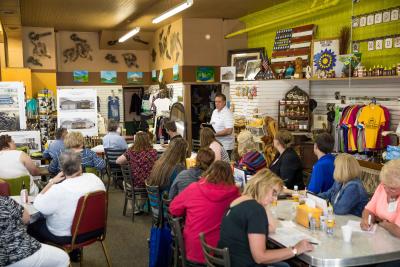 Dave Anderson, President, Mt. Vernon Economic Development Group sharing his successful housing story during a session at the Energize! Conference held in De Smet this past May.

The affordable housing crisis has spared no county—rural or urban. From small towns like Traverse City, Michigan, to big expensive cities like San Francisco, a cheap and decent place to live is hard to come by. And it would be even harder without government support, according to a new report by the Urban Institute (Misra 2017).

Housing options in rural America are too expensive, are of poor quality, or are inaccessible to many low-income families. Because of higher, more persistent levels of poverty and limited access to affordable mortgage credit, rural communities often struggle to meet the housing needs of its residents (National Housing Coaling, 2018).

Although housing costs are generally lower in rural communities, lower incomes and higher poverty rates make housing options simply unaffordable for many rural residents. In 2010, rural median incomes ($40,038) were 20 percent lower than the national median income ($50,046), and more than 23 percent less than median urban incomes ($51,998). In the aftermath of our recent economic crisis, the U.S. poverty rate was at its highest level since 1993 at 15.1 percent. The rural poverty rate was even higher — at 16.5 percent.

It should be no surprise, therefore, that rural communities are four times more likely than urban areas to have at least 20 percent of their population living in poverty (National Housing Coaling, 2018).

Rural low-income families are often limited to poor quality housing. Homes that are available are often in need of extensive repair or improvements to just meet basic health and safety levels. Rural homes are more likely to be in substandard conditions. In fact, nearly six percent of rural homes are either moderately or severely substandard, without hot water, or with leaking roofs, rodent problems, or inadequate heating or plumbing systems.

Even in those communities that do have a bank presence, however, low-income rural families still struggle to access affordable mortgages. Compared to the U.S. Department of Agriculture’s Rural Housing programs, local banks are often unable to provide low-income borrowers — many of whom do not have enough savings to contribute a large down payment — with the low-cost mortgages they need(National Housing Coaling, 2018). 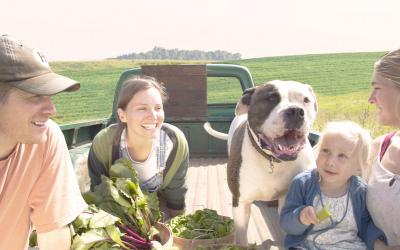 Food production and farming are issues that operate at the complex pivot point of where ecology and nature meet the marketplace and political systems. The way agriculturalists and communities handle their resources, both individually, and collectively, depends on their collective vision for the future. 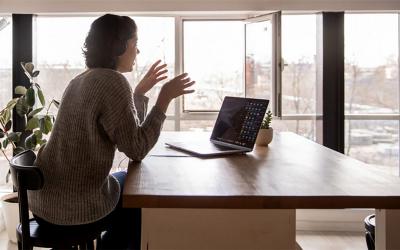 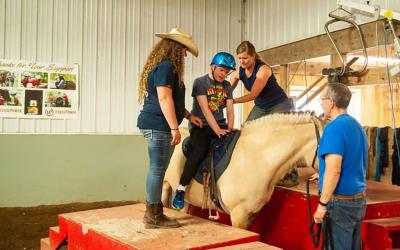 Is your organization in need of a clear direction? SDSU Extension Community Vitality offers strategic planning to groups by starting with your strengths and building on them.